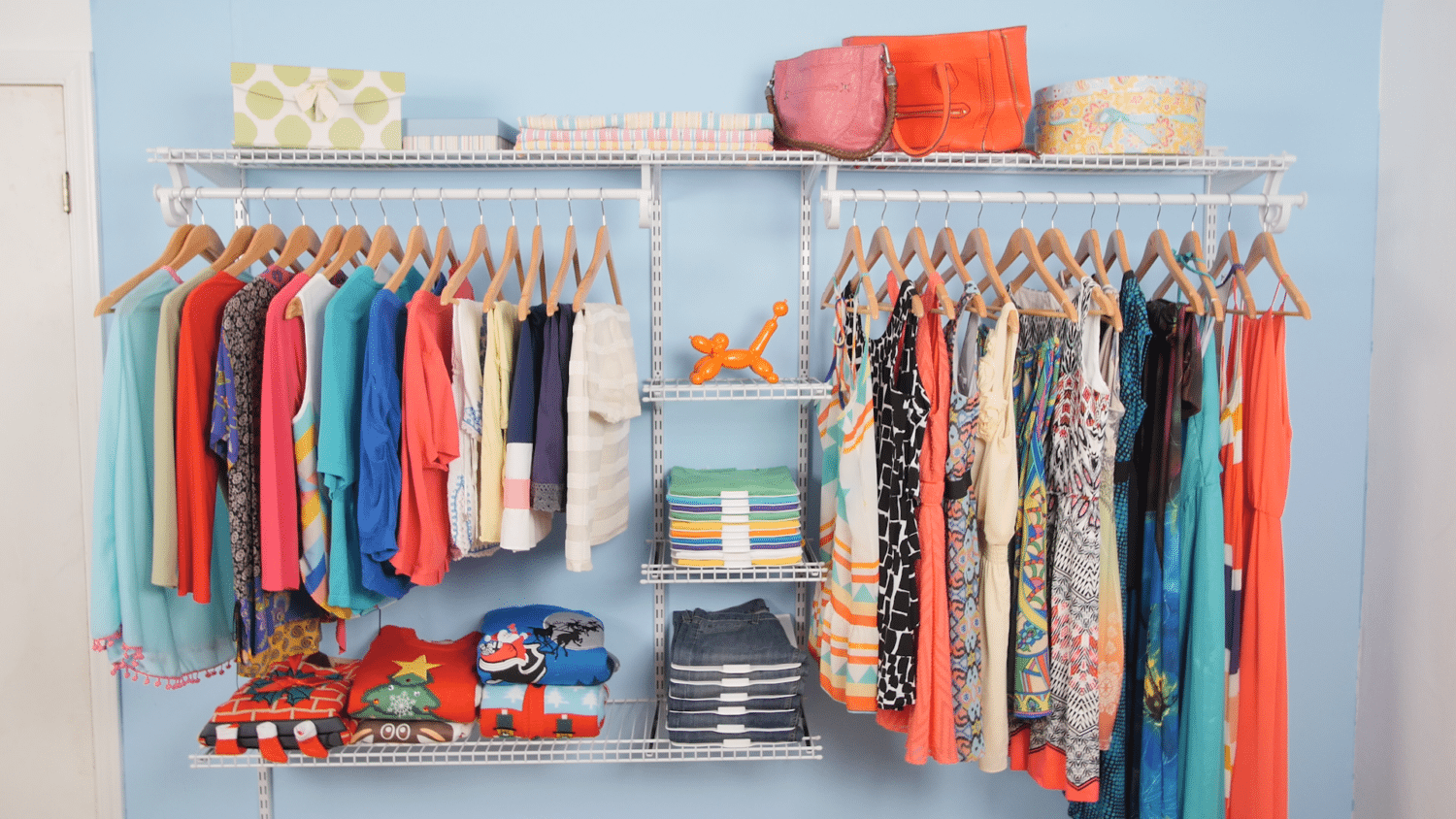 ThreadStax is a company on a mission to help the unorganized people keep their closet tidy with perfectly folded clothes. Let’s be real: keeping clothing super-organized isn’t a strong point for many of us.

It’s hard to keep everything nicely folded. And sometimes you do have everything folded, but pull out a garment tucked in the middle of the stack. Boom! All the clothes get unfolded in the process. So frustrating! But the inventor of ThreadStax gets it, which is why this brilliant system is a game changer.

How to Use ThreadStax System

The closet organizing solution helps you fold and stack everything from shirts to jeans in neat and impossible-to-disturb stacks. Utilizing the power of magnets, your clothes stay in place while you select your clothes with a gentle tug.

To use it, place your item of clothing in the center of the folder. Then swing the panels to close and create a properly-aligned fold. You’ll get those perfect straight-edge creases you’d only see in retail stores.

From there, you can place your neatly-folded clothing on its own slide. Each one fits perfectly in the ThreadStax bracket system.

The genius system was invented by Scott Mosmach after he found it impossible to keep his clothes organized in his tiny condo.

“I created ThreadStax to fulfill my own need after purchasing my 500-square-foot condo,” he said. “It only had a coat closet and a few awkwardly spaced shelves. I needed a solution that would allow me to stack as high as my shelves allowed without my clothes becoming a clumpy wrecked mess after a few days.”

Apparently a product like this is in high demand, because after ThreadStax was introduced on KickStarter in October 2015, more than $180,000 was raised from 1,300 backers in just 30 days.

Fast forward to mid-2017, and while you’re now able to order various ThreadStax systems, they’re currently out of stock and on backorder.

The four-slider and folder combinations packages start at $85. The most expensive combination includes 50 sliders, 8 brackets and one folder for $195.