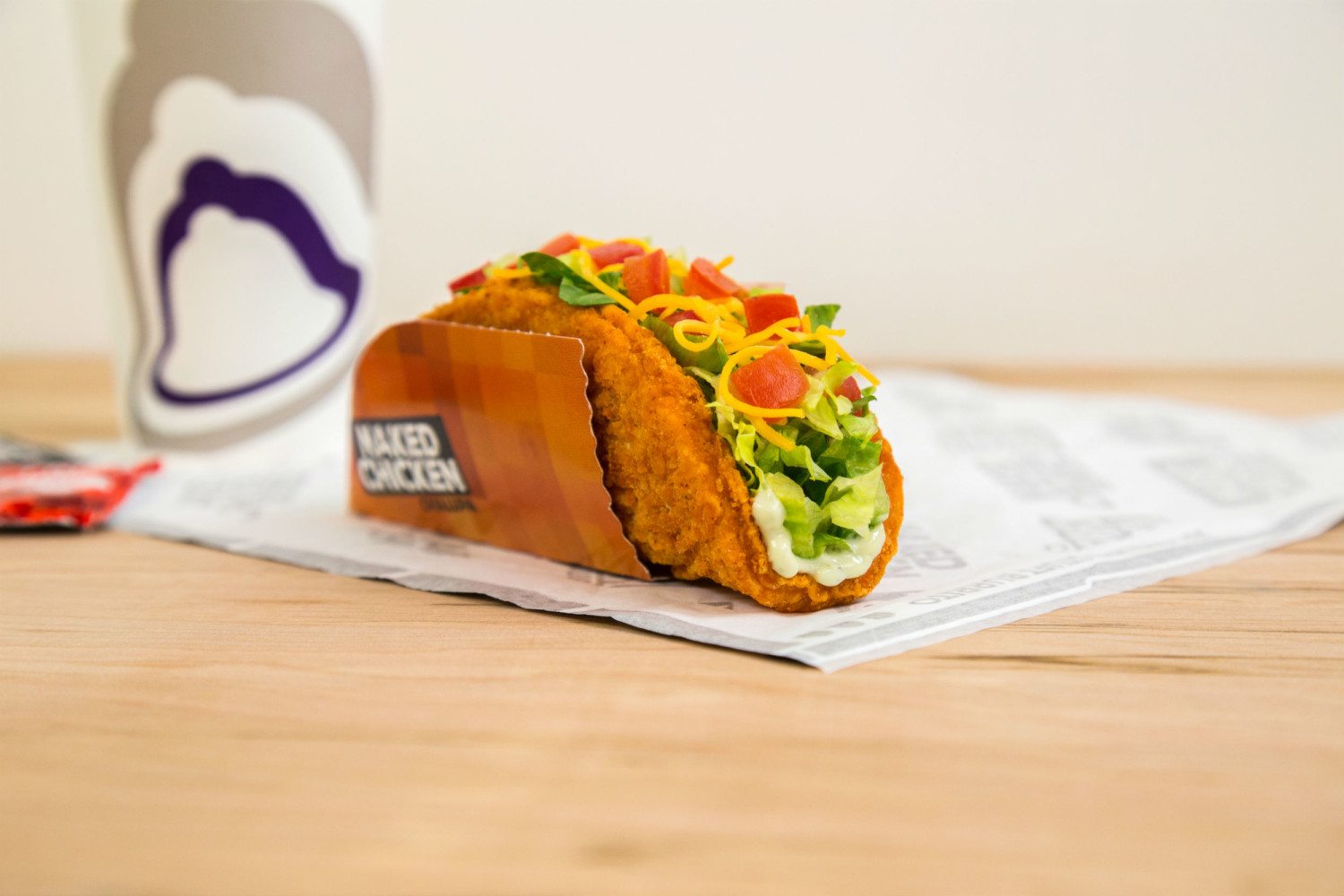 Pop quiz: What are the four most beautiful words in the English language? If you said “fried chicken taco shell,” you’re absolutely right!

In just a few weeks, Taco Bell is set to make every late-night snacker’s wildest dreams come true. The chain is rolling out a fried chicken taco shell, scheduled to debut in stores nationwide on Jan. 26.

The new menu item’s official name is the Naked Chicken Chalupa, which definitely makes it sound lighter than it looks. According to a statement from Taco Bell, the chalupa includes: “four ounces of marinated, all-white-meat, antibiotic-free chicken kicked up with bold Mexican spices and seasoning, and is packed with fresh shredded lettuce, diced ripe tomatoes, cheddar cheese, and creamy avocado ranch.”

So basically, you can now eat chalupa fillings inside fried chicken folded into the shape of a taco shell. And really, what more could you want in life?

The new chalupa will cost just $3, which isn’t bad at all, considering it’s essentially two meals in one.

Fast food chains have been trying to get us to fall in love with hybrid food for years.

There’s the infamous KFC Double Down: a stack of bacon, cheese and sauce between two fried chicken fillets that Wikipedia delightfully refers to as a “pseudo-sandwich.” Then, in 2014, Papa John’s gave us the Frito Chili Cheese Pizza that nobody had asked for. And don’t even get me started on those Lay’s Cappuccino-flavored chips.

Taco Bell is no stranger to this game, either. Over the years, it’s give us gems like the breakfast-themed Waffle Taco and the Quesarito—a stuffed burrito wrapped in a quesadilla. And to top that all off, the first Taco Bell with a liquor license opened last year in Chicago.

So, what do you think about the Naked Chicken Chalupa? Are you excited to try one, or do you think tacos and fried chicken never belong together?