Seth Meyers’ Wife Gave Birth To Baby No. 2—In The Lobby Of Their Apartment Building

What an incredible birth story! 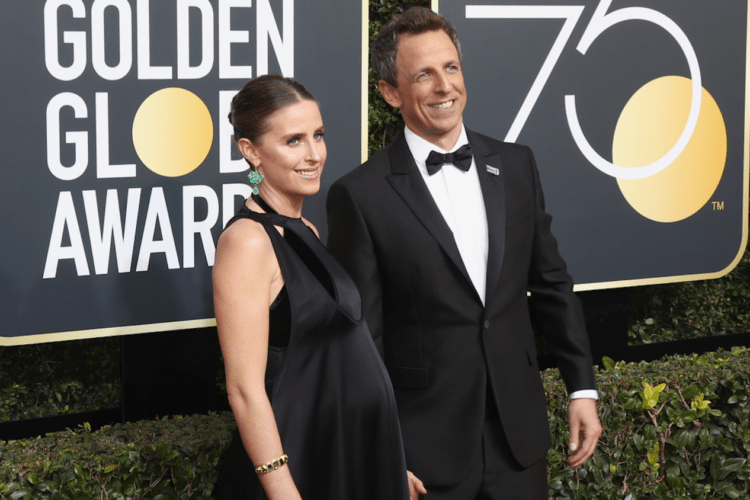 Adrenaline is always high when you and your pregnant wife are on the way to the hospital because the baby is coming. But TV show host Seth Meyers thought he and his wife had plenty of time to take an Uber to the hospital, so he was just trying to keep everyone calm. But, boy, oh boy — was he mistaken!

Meyers’ wife, Alexi Ashe, gave birth to their second child, a baby boy, in the lobby of their apartment building because she couldn’t make it any further.

Despite the circumstances, it was a smooth delivery and mom and baby are both fine. Dad, on the other hand, seems to still be somewhat in shock.

He came on to host “Late Night with Seth Meyers” as usual, but he had an incredible story to tell:

“My wife was saying, ‘The baby is coming. The baby is out,'” Meyers recounted. “I looked at my wife. The only way to describe it, like someone hiding a baby in a pair of sweatpants. It was like somebody was trying to sneak the baby on a plane.”

Needless to say — they stopped right there to have the baby, who was already on the way. Thankfully, it wasn’t long before police officers and firefighters arrived to check on the family.

This was certainly a crazy turn of events — and the parents will have one heck of a birth story to tell their son, who they named Axel Strahl.

Axel joins a 2-year-old brother, Ashe, who, Meyers explained, has his own nerve-wracking birth story involving a stressful Uber ride. But nothing compares to the way his baby brother came into the world.

Congratulations to the family! We’re so glad they’re all safe and sound.