Does this sound good to you? 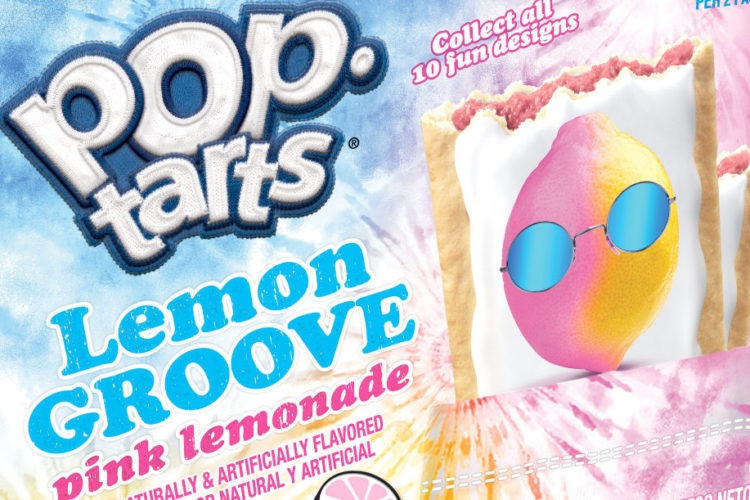 What’s your favorite flavor of Pop-Tarts? Whether you’re a Chocolate Fudge fanatic or a Hot Fudge Sundae lover, you might think that Pop-Tarts can’t improve on perfection, but wait until you try the new Lemon Groove Pink Lemonade.

This new limited-edition flavor of Pop-Tarts tastes like a bite of summer popping out of your toaster. And the funky designs are sure to bring a smile to your face, with each pastry featuring pink and yellow lemons in a variety of wigs and glasses.

Who knew Pop-Tarts could be so fashionable?

This new zing of lemon is a departure from the sweet flavors that Pop-Tarts usually features. While they gave us the delicious combo of salty-and-sweet with their Pretzel Cinnamon Sugar and Pretzel Chocolate, they haven’t given us a tangy, citrus-forward flavor in a while.

Reviewers say the flavor is sour and sweet, and honestly, it’s about time Pop-Tarts adds more fruit variety to their typical berry lineup. Give us limes, lemons, oranges, bananas! The sky’s the limit, baby.

We briefly got a chance back in 2016 to enjoy Pink Lemonade Pop-Tarts, but they were not on shelves for long, and chances are you missed your chance to live your best breakfast pastry life.

People on social media have long been begging Pop-Tarts to bring lemons into their repertoire. There’s even a hashtag for it:

@GiveUs_Lemons it just hit me that I've never seen a lemon flavored pop tart and now Ive never wanted anything more in my life. #giveuslemonpoptarts

All I want is equality in today's food industry. If chocolate chips and root beer get to be poptarts, why can't lemons? #GiveUsLemonPoptarts

Well, thanks to the hard work of these lemon-loving heroes, we are finally seeing some citrus on our Pop-Tarts shelves.

You can find the new Lemon Groove Pink Lemonade Pop-Tarts at Walmart.

Pop-Tarts is rolling out other new flavors to grocery stores near you, such as Pop-Tarts Chocolatey Churro (cinnamon plus chocolate for the win!) and Pop-Tarts Crisps Appletastic, which tastes like an apple pie. Or try the new Pop-Tarts Bites Frosted Confetti Cake, which are bite-size pieces of breakfast pastry that taste just like your favorite birthday cake.

Are you excited to get your hands on the new flavors?

US House of Representatives will soon start using gender-neutral language