Aniston hasn't starred in a TV show since "Friends" ended, so this is some big news! 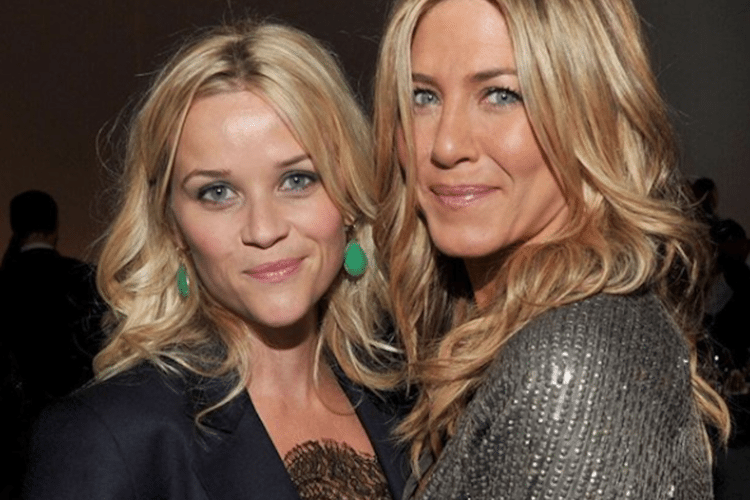 Jennifer Aniston is coming back to television, nearly 14 years after the actress wrapped up her star-launching role on NBC’s “Friends.”

Apple has ordered two seasons of a drama about the world of network morning television that will star Aniston and Reese Witherspoon, both of whom will also executive produce.

Focus On A Morning News Show

The project, which received a straight-to-series order (meaning a commitment was made before a pilot was produced), is a big score for Apple, considering the big-name stars involved and the competition it likely faced from other major streaming and cable networks.

The series is described as “an inside look at the lives of the people who help America wake up in the morning,” exploring “the unique challenges faced by the women (and men) who carry out this daily televised ritual.”

(CNN’s Brian Stelter is a consultant on the project, as his book, “Top of the Morning,” provides background material.)

Aniston has not appeared in a regular role on a TV series since “Friends” went off the air in 2004.

Media Res will produce the series for Apple, with founder Michael Ellenberg billed as an executive producer.

Emmy-nominated Jay Carson (“House of Cards”) will write, executive produce and serve as showrunner for the series, which does not have a launch date.

Fans of “Big Little Lies” will be glad to to hear that a second season of the show may be in the works. The Emmy-winning show could be back in production as soon as spring 2018.

Two weeks ago, David E. Kelley, an executive producer and writer on the show, hinted at the exciting news many were hoping for:

“We’re kicking around ideas and trying to lasso the talent [and] get the band back together,” he shared. “It’s just a lot of logistical things. But I’m optimistic because everyone wants to do it. We feel we still have storytelling to do. No decision has been made yet, but we’re hopeful. Where we left it, I felt like it did open the opportunity for a lot more storytelling,” he told TVLine.

A representative for HBO declined to confirm that a second season is on the way.

While Kelley and some enthusiastic fans may be eager for more of the popular drama, not everyone involved in the show appears to be on board.

In an interview with Vulture back in April, the show’s director, Jean-Marc Vallee was adamant that a second season would ruin the magic of the first: “No, no, this is the perfect ending. There is no way; there’s no reason to make a season two. That was meant to be a one-time deal, and it’s finishing in a way where it’s for the audience to imagine what can happen. If we do a season two, we’ll break that beautiful thing and spoil it.” The cast of “Big Little Lies” is full of Hollywood A-listers, including Reese Witherspoon, Nicole Kidman, Shailene Woodley, Laura Dern and Zoe Kravitz. The series is based on a novel of the same name by Liane Moriarty about the lives of three women who find themselves at the center of a murder investigation.

Written by Sandra Gonzalez for CNN with additional reporting by Simplemost staff.