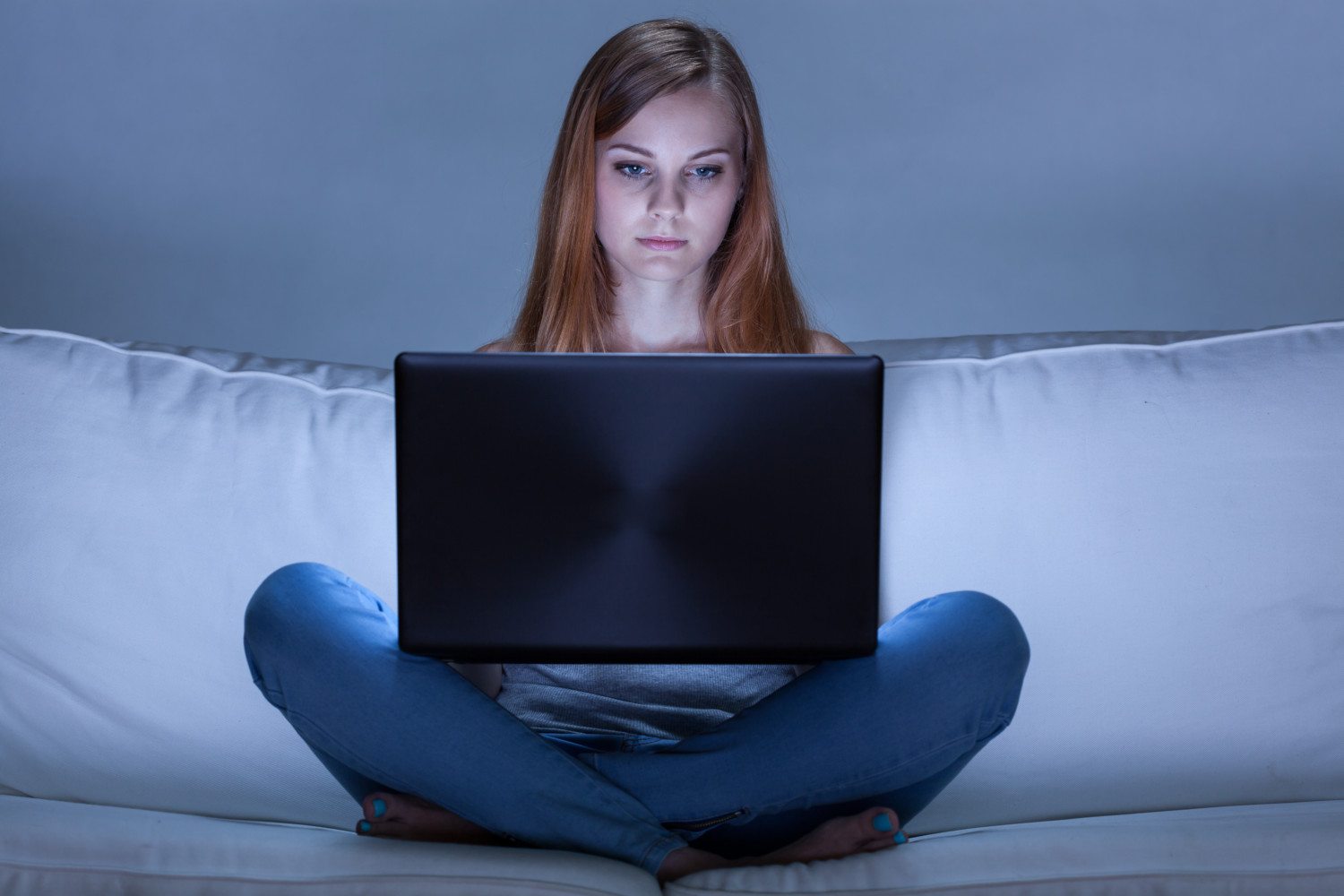 If you’ve ever logged onto Facebook, only to find that all those pictures of your smiling friends—at parties, on the beach, posing with their perfectly dressed children—left you feeling pretty down, you’re not alone. Research shows that spending too much time on Facebook can ruin your mood and make you feel anxious. In fact, a new study from Lancaster University found that comparing yourself with others on Facebook is even more likely to lead to feelings of depression than making social comparisons offline.

“People are negatively comparing themselves to their friends’ lives, believing that the snapshot of happiness their friends are posting about is reality,” says psychologist Sarah Allen. “It’s not—it’s fiction. What you don’t see is the argument just before the photo as they tried to arrange their kids into the pose. If anyone was to compare their own life with such perfect happiness, I think we would all feel we were lacking.”

The Lancaster study, which reviewed previous research from 14 different countries, found that Facebook users were more at risk of depression when they felt envious looking at others, accepted their exes’ friend requests and posted negative status updates.

For most of us, ditching Facebook cold turkey is not realistic. But, you can take some steps to ensure that you don’t ruin your mood each time you open your computer or look at your phone. Here are six ways you can continue to use social media, but avoid feeling depressed.

You can’t feel glum about Facebook if you don’t spend much time scrolling through your newsfeed, right? Although you don’t have to cut it out completely, try to log onto the social network less frequently. “Don’t get ‘sucked in’ to spending more than your allotted time,” says psychologist Dr. Carla Manly. “One or two 15-minute segments are often more than sufficient.”

It’s so tempting to keep tabs on your exes by Facebook stalking them, but indulging that curiosity can do more harm than good. The Lancaster University study found that there was a correlation between accepting an ex-partner’s friend requests and feelings of envy. If you feel rude unfriending them, there’s always the unfollow button—use it to remove someone’s posts from your newsfeed without deleting them as a friend.

Studies show that people who make frequent social comparisons are more likely to experience envy, guilt, regret and defensiveness. If you’re going to go on Facebook, avoid the need to compare your lives to others.

“Remember, other people’s lives are not really one long party,  but they tend to post about that and not that they went to work, made dinner and collapsed watching TV,” says Allen. “It is important to bring yourself back to the present and ask yourself what you enjoyed about your day. Where did you find your joy?”

4. Connect With Friends In Real Life

It’s easy to forget how great it is to chat about life with a friend over a cup of coffee, rather than typing on a screen. “Although in-person meetings are often not as expedient and readily accessible as social media interactions, such connections are far more enduring, bonding, and positive for the psyche,” says Manly.

Facebook might seem like a good place to turn to when you want to vent about your bad day or your annoying neighbor, but frequently posting negative status updates is linked to more feelings of depression. One study found that users who posted negative comments to Facebook also usually reported that they were unsatisfied in real life. Although it’s hard to know which came first, the chicken or the egg, you’re better off turning to a trusted friend or family member with your problems or trying another form of stress management.

6. Focus On The Positive

Sometimes, all you need is a little perspective, and writing down the positive parts of your own life can help. In fact, research shows that expressing gratitude can help fight off depression, leading to more positive emotions, stronger relationships and even improved physical health. Allen said that writing about the good things in your life doesn’t have to be a time-consuming process of keeping a journal. “Just list three things that have made you feel happy,” she said.

Although Facebook isn’t all bad—it’s a great way to reconnect with distant cousins, stay up to date on news and keep in touch with far-away friends—you want to make sure that the social network is a fun place to browse, not a website that hurts your mental health.