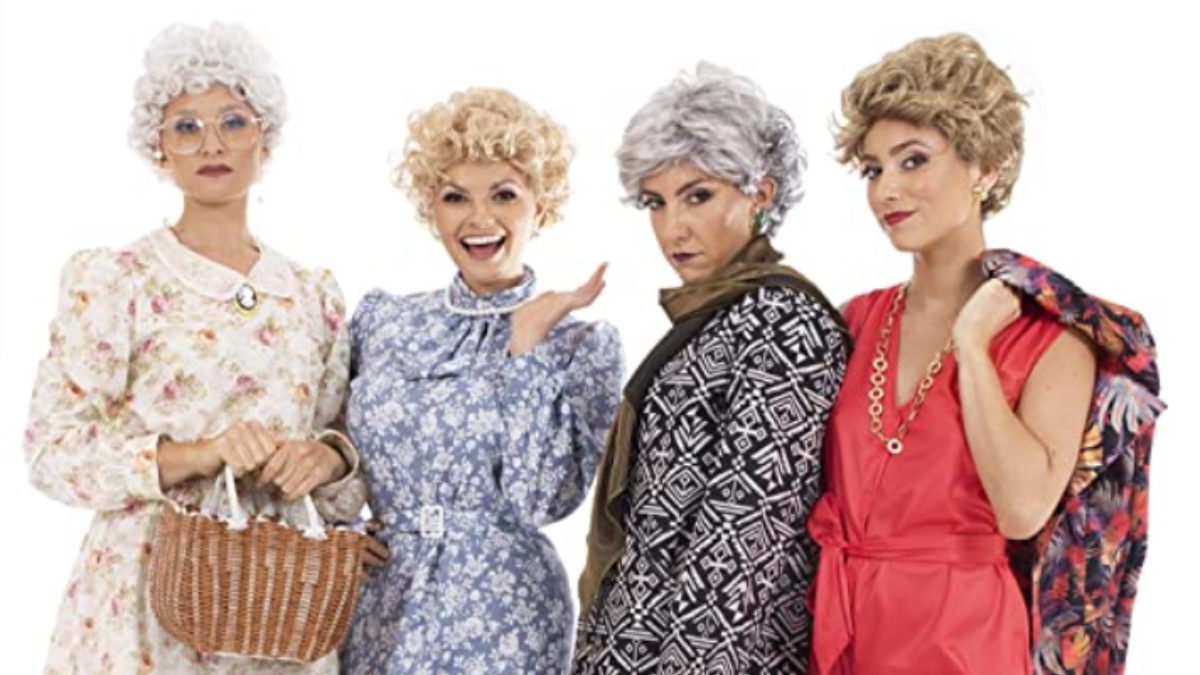 Nothing against those saucy, barely-there Halloween costumes, but let’s be honest: Who the heck wants to be wearing a thin negligee out at the end of October? It’s time we ditch the sexy kitty cat and naughty nurse motifs and embrace costumes that are comfortable, sensible and roomy enough for all those Reese’s Halloween pumpkins and glasses of Hallowine.

And who’s more sensible than our favorite “Golden Girls”? Now, you and your pals can dress up as Blanche, Rose, Sophia and Dorothy, and say goodbye to absurd outfits like sexy Mad Hatter costumes and sexy “Tater Thot” costumes forever. (Yes, that’s really a thing and no, we aren’t responsible for the therapy you will need after seeing it).

If you’re the kind of person who would rather eat tater tots than dress like them, then you’re going to want to check out these hilarious “Golden Girls” costumes. You can find them online at Target and Amazon, as well as from retailers like Party City.

There are a couple of different brands offering “Golden Girls” costumes, including Rasta Imposta and Toynk, but the latter is the brand that is officially licensed. This is made more evident by the cost difference. For example, the Blanche costume from Rasta Imposta is $29.99, whereas the Toynk Blanche costume is $69.99. So, it comes down to how authentic and pricey you want your “Golden Girls” getup to be.

One of our favorite parts about these “Golden Girls” costumes is that they work for individuals, groups and even couples. For example, if you opted to dress as Dorothy, your guy could dress up as her ex-husband Stanley. All he would need is a cheesy leisure suit and a ‘stache … toupee optional.

Looking for other “Golden Girls” merch to round out your Halloween celebration? Toss back some spooky shots in these Golden Girls-themed shot glasses.

Can you believe Halloween items are already available? Summer’s always too short.